There were some expectations that the Bournemouth – Arsenal game was going to be an interesting tactical battle – and it certainly was. The Gunners managed to keep their 17-game unbeaten run although the Cherries were a permanent threat to it.

Unai Emery showed once again that he is like a chameleon when it comes down to tactics – he always conforms to the opponents’ formations and this flexibility is becoming a key part of Arsenal’s success. Eddie Howe’s men weren’t prepared for such a change in the Arsenal’s scheme although they managed to fit in and create some chances. The Londoners expectedly were more vulnerable with a back-three, which was the reason for the conceded goal (2:1), but the team dealt with it and earned its way back in the game.

The Londoners lacked the perfect finish 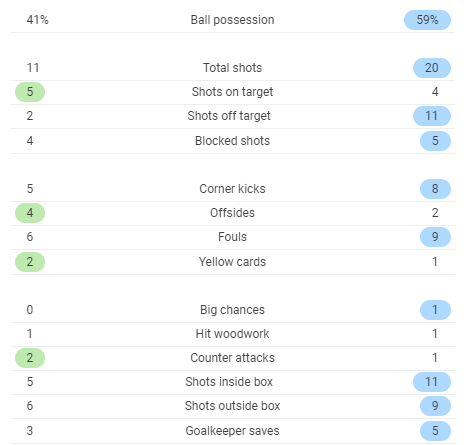 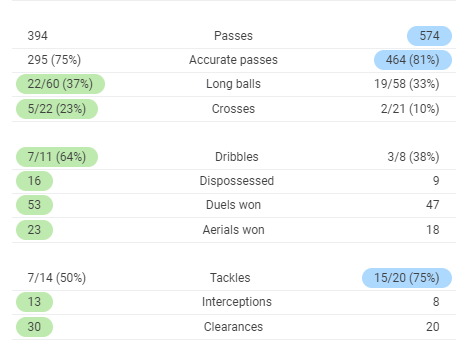 Despite the change at the back, Arsenal’s main issue was the lack of a good finish. They produced a crazy amount of 20 shots but only four of them were on target, while Bournemouth’s players shot 11 times and half of them were on target. Pierre-Emerick Aubameyang wasn’t fully focused, although he scored the winner. Iwobi’s otherwise effective “dancing with the ball” was in a way too much and along with other issues resulted in the Cherries’ equalizing goal. And adding Mkhitaryan’s waste of some perfect opportunities – that’s the reason for their struggles in the final third.

They also had five of their shots blocked, which is mostly a result of Nathan Ake’s solid defensive performance (he blocked three shots). Lacazette’s absence played its part as there were no other options for a forward change, except the youngster Eddie Nketiah. But using Bellerin and Kolasinac as a support on the sides was the perfect solution. As I mentioned in the tactical preview of the game, the Gunners needed to try to exploit their opponents on their right side, so Bellerin could have more space to operate in their left area where he could use his speed and take advantage of the gaps left. And that is what actually happened. Kolasinac and Iwobi combined well and coped with the situation.

The Bosnian assisted for the winner, but his overall performance could’ve been more satisfactory. He sent four crosses with a low accuracy and he won four of his 10 duels. Actually, the whole team’s crossing was mediocre, as there were only 2/21 accurate ones. That is partly a result of Bournemouth’s pressing, but it turns out to be a constant issue as the team hardly reaches more than a 20% crossing accuracy per match.

Arsenal being caught unprepared on a counter-attack has been on the agenda since day one. And the problem is still there. Bournemouth’s only goal in the game happened in the same scenario as lots of the goals the Londoners have conceded this term. This time, it was a great team effort that ended up with a nice goal by Joshua King. The Cherries managed to counter twice and one of these efforts was a goal. That is proof of the lack of improvement in Arsenal’s defensive transition when caught by speed.

Despite the result, Bournemouth’s defensive line put in a solid performance. Nathan Ake made seven clearances, blocked three shots and made one interception. He also won 7/12 of his duels and sent three accurate long balls. As I already said in the preview, the only way for the Cherries to expose their opponents’ weaknesses is by counter-attacks and early balls to the attacking line, preferably to Callum Wilson. That is what they tried to do as the back-four sent 12 accurate long balls to the forward lines to make the transition easier. The one player which played a huge part in it is Charlie Daniels. He would go on the flank on a few occasions and support Ryan Fraser who tempts to go deeper in the opponents’ half. Daniels contributed with winning 6/8 of his duels, sending 4/6 accurate long balls and successfully dribbling past his opponents twice.

Once again the weakest area for the Cherries was their central-midfield. They would often leave gaps between the lines and their interventions are rarely perfectly timed. They were torn and couldn’t split their responsibilities which led to their own-goal and the second conceded one later on.

The Cherries had the offensive force

Bournemouth’s frontline doesn’t lack the creativity and the talent, it just doesn’t necessarily show with the 4-4-2 formation. David Brooks definitely feels more comfortable sitting behind Callum Wilson in a more of a 4-4-1-1 scheme as this way, he is able to have more creativity and support up-front. Having the responsibility to support the defence and look after Kolasinac and Iwobi affected his contribution to the frontline. Joshua King brought the dynamics in the attack, although he was absent for a month due to an ankle injury. In fact, his good performance was partly impacted by Ryan Fraser. Once again, he was one of the best performers for the club (which doesn’t surprise anyone) as he made three progressive runs adding 2/2 accurate passes to the final third.

Once again – Torreira “Man of the match”

The man with the biggest impact on Arsenal’s style of play – Lucas Torreira, showed his outstanding abilities once again. He won the Man of the Match award as a result of his 91% passing accuracy, 10 ball recoveries, seven duels won, four interceptions and 10 km covered distance. The Uruguayan absolutely owns the midfield and he even showed off some shooting skills and hit the woodwork. His connection with Granit Xhaka made it difficult for their opponents to pass through them.

There is another player that deserves a mention too. The central-defender Sokratis made Arsenal’s life easier with his (most of the time) perfectly timed and accurate interventions. He had a 92% passing accuracy, tackled successfully twice, made six clearances and sent two accurate passes in the final third. He didn’t give up on Bournemouth’s speed and was aware of every move that they made.

Unai Emery proved that he is always prepared and has studied his opponents perfectly. The formation change caught Eddie Howe by surprise and the team couldn’t react properly throughout the whole game. Their only chance was to take advantage of counter-attacks and they did it but Arsenal’s solidity in every area was enough to not allow it too often.

Bournemouth’s third consecutive defeat got them to go down to the 8th place in the blink of an eye and if Eddie Howe doesn’t focus on fixing the midfield issues, it could cost them their place in the top 10.

If you love tactical analysis, then you’ll love the new magazine from totalfootballanalysis.com – 118 pages of pure tactical analysis covering topics from the Premier League, Serie A, La Liga, Bundesliga and many, many more. Get your copy today for just £4.99 here!

Legends Who Played for Arsene Wenger

One of the two: Arsenal have to sign RB Leipzig defensive...

It’s the ‘business end of the season’ if you discount the...